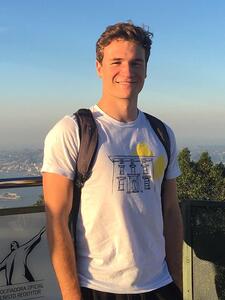 Nathan Somerville ‘22 (he/him/his) is in Berkeley College from a modest town in the U.K. called Stowmarket. Given his love for design and solving complex problems, Nathan is majoring in Mathematics, and also taking classes in Architecture and Mathematical Economics. He is considering a career in business or finance, and hopes to eventually have his own woodshop and travel to places he has never been.

Why are you involved in the FGLI community? ”As an FGLI international student, particularly from England, my role in the Yale community is a rather unique one, and I’ve found the transition from my hometown to an elite space like Yale to be incredibly rewarding, yet certainly demanding. It has been an unamenable journey, and in my role as Ambassador I hope to not only support others undergoing the same experience as I, but also to learn from them and how I can make the most of my time at Yale.” 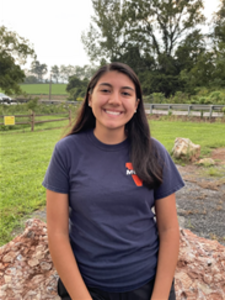 Sayda Martinez-Alvarado ‘23 (she/her/hers) is a junior in Davenport College from Northern Virginia. She is majoring in Psychology and is an Education Studies Scholar. On-campus, she is one of the Head Advising Fellows for Matriculate at Yale, is a questbridge Scholar, and was a counselor for the First-Year Scholars at Yale (FSY) program. 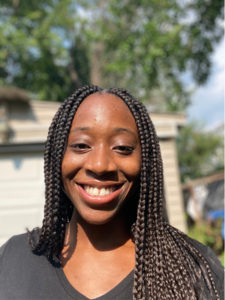 Chigozie Chukwunyere ‘23 (she/her/hers) is a junior in Silliman College from New Jersey. She is majoring in Neuroscience.

Why are you involved in the FGLI community? ”I am involved because I love how welcoming the FGLI community is at Yale, and i definitely appreciate the support that I received during my first years in college. As an FGLI Student Ambassador, I can’t wait to work with other FGLI students and offer them the same level of guidance.” 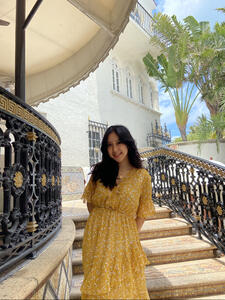 Natalie Sangngam ‘23 (she/her/hers) is a junior in Branford College from New York City. She is majoring in Economics and Anthropology and is current a Global Health Scholar.

Why are you involved in the FGLI community? ”I love working with FGLI students because everyone has such a unique story to tell, and their strength and persistence always amazes me. The FGLI community at Yale is so wonderful and has provided such a great support system for me, I am so proud to be a part of it! I hope to bring that same support to other FGLI students.” 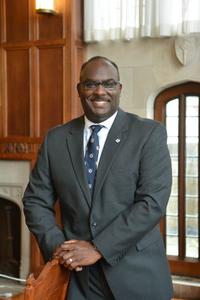 Dean Howard’s (he/him/his) career has been about supporting students at colleges and universities, and helping them get the most out of their university experience. His motto for his work in Student Life is: “Take Care of Yourself, Take Care of Each Other, Take Care of Our Community.”

As Dean of Student Engagement, Dean Howard is charged with the enhancement of the student experience for all Yale Students - with a particular focus on Yale’s First Generation/Low Income (FGLI) students. He works in partnership with campus groups such as Yale’s cultural communities, student-atheletes, and students involved with Greek letter organizations. Dean Howard also works with some of Yale’s summer academic and cultural preparation programs including First-Year Scholars at Yale (FSY), ONEXYS, Mellon and Bouchet Scholars, and the Cultural Connections pre-orientation program.

He is a graduate of Dartmouth College and Stanford University, and has been at Yale since 2015. He is a dog lover, avid sports fan, especially lacrosse (Go Bulldogs!), and enjoys meeting and helping students. He never ceases to be amazed at the creativity and capacity of Yale students.

Why are you involved in the FGLI community? “As a low-income student going through school, I am informed and understand some of the challenges and barriers FGLI students encounter when coming to a place like Yale. However, the different backgrounds and experiences FGLI students bring with them are not deficits, but assets. My job is to connect students ot resources and opportunities, to lower barriers and allow the brilliance and curiosity of Yale students to flourish. I want all Yale students, especially FGLI students, to thrive and share their perspectives, communities, and distinctiveness to make Yale an even more special place.” 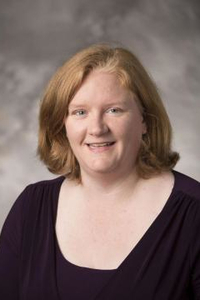 Director of the Academic Strategies Program and Associate Director for Writing and Tutoring, Poorvu Center for Teaching and Learning

Dr. Karin Gosselink (she/her/hers) creates academic programming to support undergraduate learners throughout Yale College. In 2016, she founded the Academic Strategies Program. Led by junior and senior peers (most of whom identify as FGLI), Academic Strategies workshops and peer mentoring sessions share evidence-based learning practices adjusted to the specific context of Yale’s learning culture. Centered on student voices and experiences, the workshops and mentoring sessions discuss topics such as managing time, connecting with family, and developing new study practices for college-level work. When she has time, Dr. Gosselink can also be found teaching English 114 (Globalization) and English 115 (Writing Exile).

Why are you involved in the FGLI Community? “Students, instructors, and administrators all have a role to play in constructing our Yale community to fully support FGLI students and their learning. In making transparent Yale’s “hidden curriculum,” we help students better navigate Yale’s existing academic culture and make informed, powerful decisions as they take control of their education and their futures. This work also supports a larger transformation of the Yale community by challenging all of its members to value each other’s unique strengths and support each other with genuine ethusiasm, compassion, and respect.” 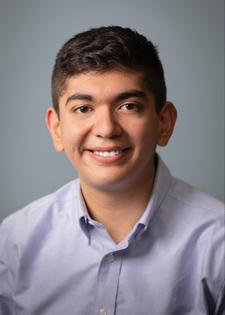 Jorge (he/him/his), born and raised in Los Angeles, CA, majored in History of Science, Medicine, and Public Health as a member of the class of 2019. As an undergraduate, Jorge was heavily invovled in residential college life, serving as the president of TD’s Student Activities Committee during his first year and as Chief Aide for TD’s Head of College Office during his senior year. Outside of TD, Jorge was passionate about mentoring Latinx high school students by participating in MEChA de Yale’s Conexiones program for three years. Throughout his undergrad, he also served as a teacher’s assistant at Calvin Hill DayCare Center, a student assistant at the Film Study Center and a translator for the Yale Undergraduate Legal Aid Association. Prior to his current role, Jorge served as the Woodbridge Fellow for the Yale College Dean’s Office & Poorvu Center for Teaching and Learning for two years.

Why are you involved in the FGLI community? “I am involved in the FGLI community because I believe identifying as a first-gen or low-income student is not something to be ashamed of, but rather a powerful tool in our identity. Elite spaces such as Yale tend to feel catered toward a certain demographic, but I hope to make Yale more accessible to any student regardless of background. FGLI students deserve to be at Yale and are an integral part of the Yale community.” 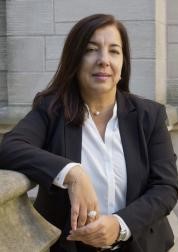 Sílvia DeCastro (she/her/hers) provides primary support to the Associate Dean for Student Engagement. Sílvia is originally from São Paulo, Brazil. Her first job after college was in the Department of Italian Language and Literature where she worked for the Chair and with the graduate student population at Yale from 1983-88.  After working as an executive assistant in several multinational corporations in Brazil, she returned to Yale in 1995 as Executive Assistant to Sterling Professor Edward Zigler in the Department of Psychology. She then joined the Yale College Dean’s Office where she has worked as Senior Administrative Assistant II in the Office of Student Affairs; and now in the Office of Student Engagement. Sílvia is a skilled polyglot; she is fluent in Portuguese (native), English, Italian and Spanish. On her free time, you will find her near the ocean whenever possible, and travelling is always on her mind. She is, of course, a huge soccer fan.